Sony is starting this year with a large number of new products, which they are currently presenting at the NAB 2018 in Las Vegas, Nevada.

One of these new products is a compact PXW-Z190 4K camcorder, which is featuring three Exmor R CMOS 1/3-type image sensors. The camcorder can record 4K-50p / 60p images with a 4: 2: 2 10-bit color resolution and also has a 25x optical zoom lens with three independent lens rings. An additional auto focus (AF) for advanced face recognition keeps a specific person sharp, even in a large group.

The existing ND filter is infinitely variable and can be tracked electronically even during a recording, so that, for example, the desired depth of field is maintained even when light changes. The camera has two slots for SD memory cards, which allow either a simultaneous recording on both cards or relay and backup recording. 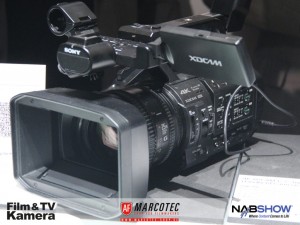 The Sony PXW-190 camcorder is expected to be available from September 2018.

Another new camcorder by Sony is the FS5 II. A new XDCAM access PXW-FS5M2 with full format S35 sensor. It offers high-frame-rate recordings including 4K-RAW at 120 fps and direct HDR workflow in S-Log-2/3-color space. In addition, the camcorder should be able to record RAW in 4K at 120 fps. For slow motion shots, RAW is also possible at 240 fps in Full HD 10bit at 4: 2: 2. Four seconds can be recorded on an external recorder, and eight seconds on an internal SD card in this mode. Sony users can easily use their e-mount lenses for recording with the FS5 II.

Recording in S-Log 2/3 color space makes the camcorder compatible with the familiar Sony HDR workflow. This makes post-production work much easier and saves a lot of time. The robust body of the camera weighs just 0.8 kilograms and is suitable for recording with gimbals or drones. Sony’s proprietary electronic ND filter with auto-ND capability is also included. In addition, ten setups for different looks are already pre-programmed. 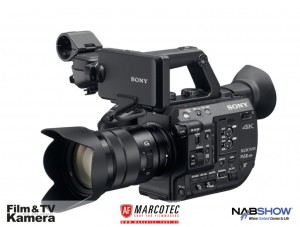 The Sony FS5 II Camcorder is expected to be available from May 2018.

The new model PXW-Z280 extends the XDCAM line-up of Sony. It is the first camcorder with three 1/2-type Exmor R CMOS sensors in the program. The camera offers high sensitivity of light, as well as a long zoom factor with great depth of field. The Z280 is, according to the manufacturer, particularly suitable for the modern newsroom.

In the development of the PXW-Z280, emphasis has been placed on the simplest possible operation, e.g. with advanced auto-focus features such as Face Priority AF or Face Only AF. With these functions, the conversation partner is automatically in focus, for example, when recording interviews.

Featuring a 17x zoom lens, the PXW-Z280 features three independent control rings with end stops for fast, accurate manual focus, zoom and iris control. The electronic ND filter allows for greater exposure control, as the density of the filter can be varied during recording to maintain the desired aperture and depth of field. The camera also supports S-Log3 and the instant HDR workflow. Extended network functions allow a secure workflow in the news area. It supports a number of established formats such as DVCAM, XAVC Intra / Long, MPEG HD422 and MPEG HD. 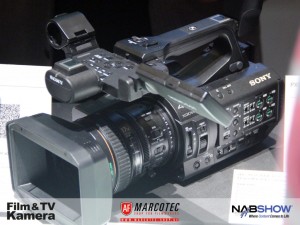