Using their own reduser.net forum, Jarred Land has announced a new camera a few weeks ago, the so called RED Ranger. What makes it so special though, besides its look, is the fact that you won’t be able to purchase the camera and only rent it at your local RED authorized rental house (starting early February).

“these cameras as you can imagine are pretty expensive to make in low quantities. It doesn’t really make sense unless you buy at least 10 of them. The rental houses were smart and after a discussion I had with them as a group at cinegear, this is the result.” 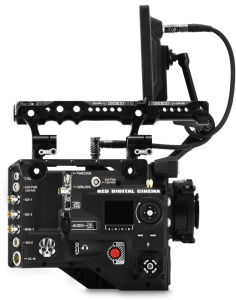